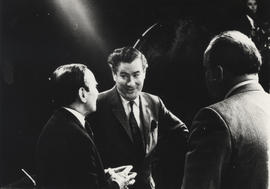 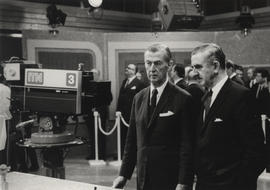 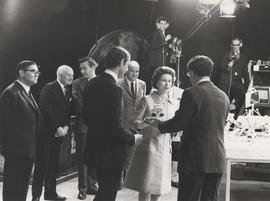 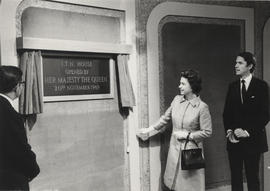 Prince Charles after his Investiture

Caernarvon, Wales. Prince Charles appears at the Queen Eleanor's Gate of Caernarvon Castle, and shows himself to the people for the first time as the Prince of WalesITN Reference: ROYAL/CHAR/54Agency: Associated Press

Prince Charles dressed in a denim jacket and cap, taking part in a drama performanceAgency: Unknown

Aberystwyth. Prince Charles pauses for newsreel and still photographers, at the door of the old building of the University College of Wales, as he arrives for his first day's study at the Language LaboratoryAgency: Unknown

Prince Charles in uniform on a Welsh Tour

The Queen and Prince Charles at his Investiture

Caernarvon, Wales. The Queen placing the gem-encrusted gold coronet on the head of the Prince of Wales as he kneels before her at his Investiture at Caernarvon CastleBroadcast Date: 24 November 1980Agency: Press Association

Prince Charles being presented with his flying badge

Queen Elizabeth putting money into a machine on the London Underground

Queen Elizabeth on an Underground train 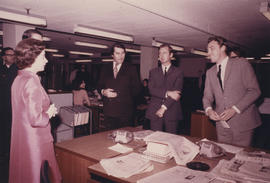 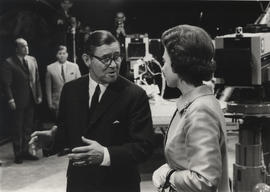 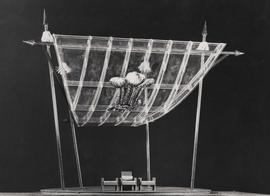 The Duke and Duchess of Windsor pose for photographs aboard the liner United States on Wednesday as they arrive in New York for a visitITN Reference: ROYAL/WIND/31Agency: Associated Press

Duke and Duchess of Windsor arrive in Nice

The Duke and Duchess of Windsor arrive at Nice airport yesterday for their first Riviera holiday for 15 years. They will stay with an American friend Mrs E Munn Baker, in her villa at [text missing]Agency: Associated Press 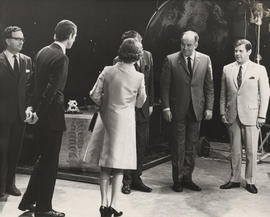 Photographed in the garden of Thatched House Lodge, Richmond. Princess Alexandra, Mr Angus Ogilvy and their children, James, 5, and Marina, 3. With them is their pet labrador, Mark. Princess Alexandra and Mr Ogilvy will make a series of official...

Princess Alexandra photographed with her husband, Mr Angus Ogilvy, in Thatched Lodge House, Richmond. Princess Alexandra and Mr Ogilvy are scheduled to make a series of official visits abroad during the late summer and early autumn, beginning with...

Sword and ring for Investiture of Prince Charles

Cover for the Ceremonial of the Investiture of Prince Charles

Cover for The Ceremonial of the Investiture of His Royal Highness The Prince of Wales at Caernarvon on 1 July 1969. At the top are the Arms of The Prince with Coronet, Supporters and Garter. Below is his Dragon Badge, different from that of the Qu...

Head shot of the Duchess of Kent

The Duke and Duchess of Kent with family

Prince Philip of Great Britain gestures as he talks with President Nixon on the North Portico of the White House tonight. The Duke of Edinburgh was the guest of honor at the black tie dinner in the Executive MansionAgency: Associated Press

Prince Philip in a tank