Edward Thomas to his parents

Photocopies of Edward Thomas articles published in The Bookman

Photocopy of letter from W S Suman [?] to Helen Thomas

Original written 27 August 1965. Recounts a meeting with Helen Thomas in 1915 when she took Bronwen and Myfanwy to have their eyes examined

Photocopy of poem "Who Are Awake: for Edward Thomas with red poppies" by Mary Casey

The Duchess of York has a firm hold on her 17 month old daughter Princess Beatrice as she takes a tumble in the snow in the Swiss village of Klosters today where the pair are on holidayITN Reference: ROYAL/YORK/7Agency: Press AssociationPhotograph...

The Queen Mother's coat of arms

The design of the coat of arms for use by Royal Warrant Holders to Her Majesty Queen Elizabeth the Queen MotherAgency: Unknown

Review of John Drinkwater's work "The Muse in Council"

Photocopy of article "Dymock: Nationally known for its Daffodils" from an unknown publication

With photographs and information on the Reverend J E Gethyn-Jones

Photocopy of article "Tragedy of One of the Millions: Soldier who died on The Somme"

From "The Ross Gazette"

From "Forest of Dean and Wye Valley Review"

Photocopy of article "The Dymock Poets" by Keith Clark

Programme for "Summer Weekend of English Music and Verse to celebrate the centenary of the birth of Ivor Gurney: Gloucester 27-29 July 1990"

Photocopy of article "The golden tide of spring: Walk Gloucestershire's Daffodil Way and follow in the footsteps of poets such as John Masefield and Rupert Brooke" by Julie Meech

Chronology of the Dymock Poets

From the birth of Edward Marsh on 1872 to the death of Eleanor Farjeon in 1965. Includes a select bibliography

Published in the Times Literary Supplement. Review of "Auden's Apologies for Poetry" by Lucy McDiarmid, with mention of Edward Thomas

Published in the Times Literature Supplement. Refers to the Royal Literary Fund from which Edward Thomas received £150 in 1914

Dymock. Includes map of the route

Photocopy of article "Studies Out of Doors: In the Footprints of Richard Jefferies" by Philip Edward Thomas

Photocopy of article "Our Lady of Pain" by Edward Thomas

Published in The SpeakerWith ink annotations

Photocopies of articles "The Ellipse of Autumn: St Michael and Al Hallows" and "The Two Ages of the Christmas Carol" by Laurence Whistler

Published in the Surrey County Journal 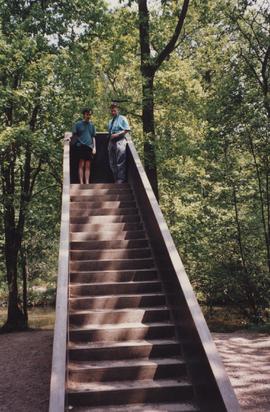 Includes assessment of the condition of the sculpture and site plans 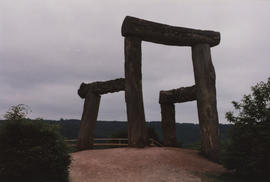 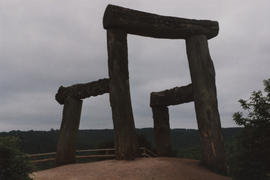 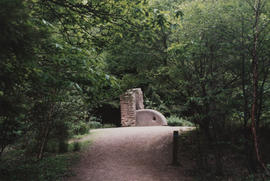 Photograph of sculpture The Heart of Stone

Publication unknown. Discusses the potential privatisation of the Forestry Commission

"The Botanics: Newsletter of the Royal Botanic Garden Edinburgh"

Princess Diana getting into a car with Richard Kay

Princess Diana on a jet ski with Dodi Al Fayed