Two volumes, loose sheets. Thesis submitted for the Fellowship of the Library Association

"An Introduction to Nature Study" by Ernest Stenhouse

Published by Macmillan and Company Limited

"An Introduction to Quantative Analysis" by S J M Auld

"An Introduction to The Dymock Poets" leaflet

"An Ocean in My Ear" by Michael Henry

"An Unstamped Letter in our Rural Letter Box" Christmas greeting

Annual Christmas greeting from Robert Frost. 2,050 copies printed by The Spiral Press, New York. This was one of the 300 copies printed with Frost's name as the sender. This poem was collected in "Steeple Bush" published 1947

From "The Daily Telegraph"

"Ants and their Ways" by Reverend W Farren White

Published by The Religious Tract Society

Includes article by Rupert Martin on the Forest of Dean project 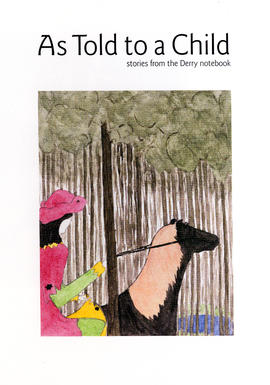 "As Told to a Child" by Robert Frost

"Aspects: A Journal of Contemporary Art"

Annual Christmas greeting from Robert Frost. 9,155 copies printed by The Spiral Press, New York. Includes wood engravings by Stefan Martin. This was one of the 660 copies printed with Frost's name as the sender. The poem was collected in &quo...

With an introduction by Philip W Errington. Published by The Cyder Press

With an introduction by Kelsey Thornton. Published by The Cyder Press

"Benchmarks: Ideas in the Making" by Val Millington and David Kay

Published by Southern Arts and South West Arts. Details the outputs from a design workshop on concepts for outdoor seating. In collaboration with Forest Enterprise and discusses designs commissioned for the Sculpture Trail

"Binding Your Own Books" by John Woodcock

"Birmingham Repertory Theatre: The Playhouse and the Man" by Thomas C Kemp

"Building a House: A Puffin Picture Book" by Richard Leacroft

"Bureau of the Lost and Found" by Michael Henry

"Cambridge Bible for Schools and Colleges, The Acts of the Apostles" edited by J Rawson

"Chemistry for Junior Forms" by A C Cavell