"Lessons in Natural Philosophy" by John Tyndall and Robert Hunt

"Ley man's guide to the Borders" article by Christopher Somerville

On the Herefordshire - Wales border. From "The Sunday Telegraph"

"Life and Letters of Erasmus: Lecturers delivered at Oxford 1893-1894" by James Anthony Froude

"Literary Landscapes of England: The Dymock Poets of Gloucestershire" article by David Carroll

Published by A Wheaton & Company Limited

"Lords and Commons: How Parliament Began and How it Works" 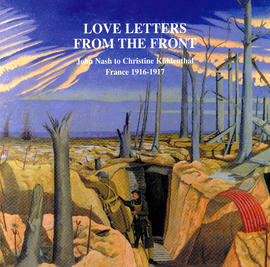 Edited and introduced by Allen Freer and Peter Widdowson with a foreword by Ronald Blythe. Published by The Cyder Press

"Macaulay's History of England Volume I" by Thomas Babington Macauley 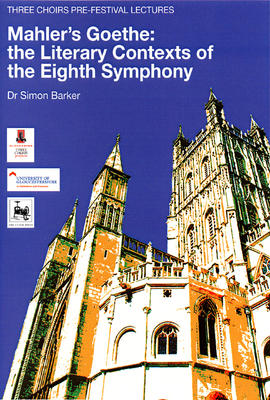 "Mahler's Goethe: the Literary Contexts of the Eighth Symphony" by Dr Simon Barker

Lecture delivered on 11 May 2007 as part of the Three Choirs Pre-Festival Lectures at Park Campus, University of Gloucestershire. Published by The Cyder Press

"Makers of Europe: Outlines of European History for the Middle Forms of Schools" by E M Wilmot-Buxton

"Marmion: A Tale of Flodden Field" by Sir Walter Scott

"Mary Barton and Other Tales" by Elizabeth Gaskell

Published by John Murray, London. Inscribed "To Tanya on her fourteenth birthday these eight volumes of Mrs Gaskell with love and every good wish for many many birthdays to come, from her affectionate friend Big John: London December 3rd 1928...

"Milestones in Science" by Maurice Allward

"My eyes filled with tears, my head with pity of all I had seen" article by Michael Morpurgo

Published by the National Union of Teachers, London

"Nature and Home Talks: A book for teachers of very small children and for mothers in the home" by Margery H Briggs

Published by The Sunday School Union

"Nature in Music" coursework by Ruth M Why

Handwritten with a loose sheet

"Needlework Teaching in the Elementary School" by Thérèse la Chard

"Newslink: The Magazine of the Cheltenham and Gloucester College of Higher Education" volume 5 number 2

"North of Boston" by Robert Frost

With an introduction by Hugh Underhill. Published by The Cyder Press

"Not Yet Five: Children Over Two in War-Time Nurseries" by the Board of Education and Ministry of Health

"Notes and Lessons on the Prayer Book: For young teachers and adult classes" by Reverend Evan Daniel

"Object Lessons in Elementary Science for standards I, II and III" by A H Garlick and T F G Dexter

"Oliver Cromwell: His Life and Times" by Hilda Johnstone

Timeline of the Thomas-Frost relationship. Includes photographs of both poets and poems "Iris by Night", "The Road Not Taken", "A Dream" and "The Sun used to Shine"

Annual Christmas greeting from Robert Frost. 4,501 copies printed by The Spiral Press, New York. Includes decorations by Philip Grushkin. This was one of the 375 copies printed with Frost's name as the sender. This poem was collected in &qu...

Annual Christmas greeting from Robert Frost. 3,050 copies printed by The Spiral Press, New York. This was one of the 350 copies printed with Frost's name as the sender. This poem was collected in "Steeple Bush published 1947

"One of the Founders" by P H Newby