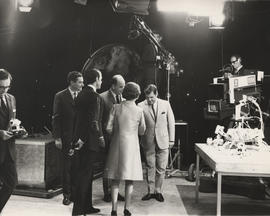 Queen Elizabeth and the Duke of Edinburgh 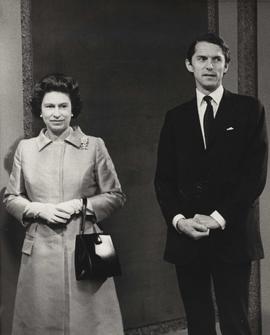 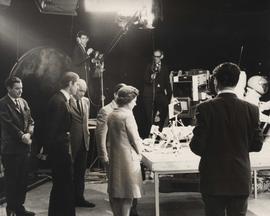 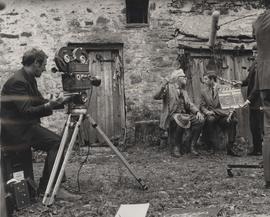 School begins, among friends. It was the first day at 'school' for Prince Edward yesterday. It wasn't in the familiar surroundings of the schoolroom at Buckingham Palace, as has been planned before the sudden death of the royal gove...

Portrait of Prince Michael of Kent

Portrait of Prince Michael of Kent

The Procession of the Most Noble Order of The Garter

The Procession of the Most Noble Order of The Garter took place at Windsor today, among those invested was Prince Charles. Prince Charles and the Queen mother photographed in Procession after the ceremony this afternoon at WindsorAgency: BIPPA

Eight year old Prince Andrew, clad in his cub scout uniform, and his father Prince Philip, take the salute during the march past of the Queens's Scout at the St George's Day Parade, in the quadrangle at Windsor Castle, England, today. At...

Queen Elizabeth and the Duke of Edinburgh

Princess Anne, with an L Plate on the red Rover car in which she is taking driving lessons, drives her father the Duke of Edinburgh (in front) and brother Prince Charles to polo practice in Windsor Great Park today (Thursday)Agency: Press Association

The Duchess of Windsor dancing at party in Paris

The Duchess Dances. The Duchess of Windsor dances at party in Paris celebrating the opening of a boutique for fashion designer Bernard Lanvin. The Duchess, 89, died at her home near Paris early ThursdayBroadcast Date: 1986Agency: Associated Press

Eight year old Prince Andrew, wearing his cub scouts uniform, stands with his father, Prince Philip as they take the salute at the march past of the Queens' scouts during their St George's Day parade in the quadrangle at Windsor Castle, ...

Shot of the school with swimming pool in foregroundBroadcast Date: 22 May 1968ITN Reference: ROYAL/ANDR/46Agency: Associated Newspapers

Prince Charles in clerical dress for a play

His Royal Highness the Padre. Prince Charles in clerical dress as the Padre in Joe Orton's play Erpingham Camp, which is being presented by the Dryden Society, a drama group of Trinity College, Cambridge Univerisity, where the Prince is an un...

The Duke of Kent

Duke and Duchess of Windsor arrive in New York

The Duke and Duchess of Windsor pose as they arrive in New York aboard the Liner United States on Wednesday morning. The couple said they plan to spend about three months in the United StatesBroadcast Date: 30 May 1976ITN Reference: ROYAL/WIND/28A...

Portrait of Queen Elizabeth by Annigoni

United Nations, New York. Princess Alexandra of the United Kingdom chats with United Nations Secretary General U Thant, Wednesday at a luncheon for her royal hosted by ThantAgency: Associated Press

Prince Charles at the helm

Prince Charles (right) is pictured at the helm of the Flying Fifteen "Labrador", as he sails with Uffa Fox at Cowes, Isle of Wight, Hampshire, todayAgency: Associated Press

Queen Elizabeth, the Queen Mother, followed by her granddaughter, Princess Anne, 17, walks to her carriage at Liverpool Street station today when the Royal Family left London to spend the rest of the Christmas holiday at Sandringham, their Norfolk...

Queen Elizabeth, the Duke of Edinburgh and their children