Photocopy of letter from Cecil Ballantine, Senior Tutor in English, to Peter Graham regarding winning second prize in a poetry competition

Includes a photocopy of the poem "Showers and solitude"

Christies auction catalogue for the sale of the collection of the late R E Summerfield at Cheltenham Racecourse. Volume 3 "English and continental prints, watercolours and pictures"

Includes map of the route and two typescript talks

Report entitled "Our Trip to Beechwood Park" by "R Biddiscombe"

Includes typed note dated 30 August 1988 "this news story was written for the 'class' newspaper. The teacher typed the stories, and they were put on the bulletin board"

Letter from Furse Swann, Director of the Eighth Thomas Hardy Conference, to Edward Eastaway Thomas regarding the conference

Article "Worth a Detour" by James Runcie

Published in Country Living. Article about Edward Thomas and Adlestrop. With ink annotation 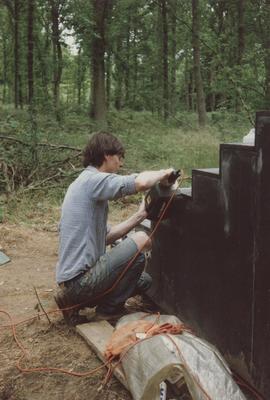 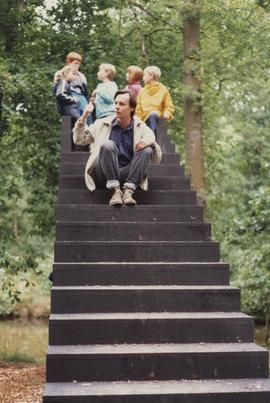 Photograph of Bruce Allan sat on Observatory with children in background

The Princess Royal driving for the finish in the Newton Williams Handicap Chase at Hereford today, in which she got a bloody nose at the first fence when her horse, Cnoc Na Cuille, struck her face with his head. However, the pair recovered to fini...

The Princess Royal is given a jack-stay transfer during her visit to HMS Raleigh, Torpoint, todayAgency: Press Association

The Princess Royal takes the helm of a navy inflatable speedboat during her visit to HMS Raleigh, Torpoint todayAgency: Press Association

Melbourne, Australia. Jiving royals. The Prince and Princess of Wales take to the dance floor for a jive to Glen Miller's "In the Mood" at a bicentenary dinner and dance in Melbourne today (Wednesday), on the third day of their tour...

Prince Charles, Princess Diana and the Duchess of York skiing

Klosters, Switzerland. Prince Charles (centre) points the way down to the Princess of Wales (left) and the Duchess of York as the trio began their skiing holidays hereBroadcast Date: 4 November 1988Agency: ReuterPhotographer: Rick Wilking 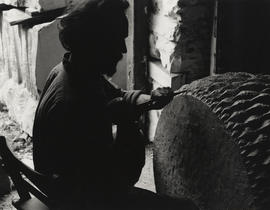 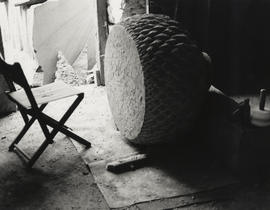 Photograph of sculpture Cone and Vessel during production 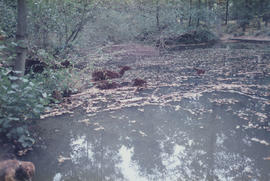 Photocopy of article "Plants, Paths and Poems" by Ian Appleton

Article "Down in the woods today..."

Published in "In Britain", author unknown. Discusses the Forest of Dean Sculpture Trail

Photocopy of poem "Back to Nature" by Joyce Latham

Newspaper article "The Forest of Dean revisited" by Margaret Garlake 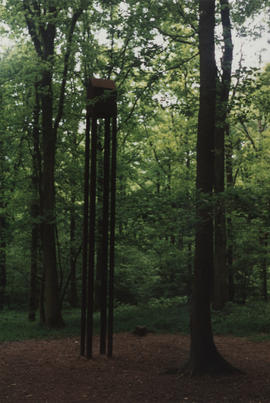 Photograph of sculpture House with trees in foreground and background 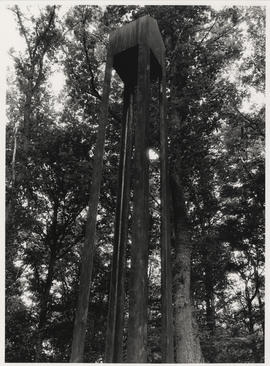 Includes cardboard mount. Published by the Wild Hawthorn Press.Text reads "A Proposal for the Forest of Dean: Three oval stone plaques are added to three trees in a quiet woodland. Calling attention to the peaceful surroundings, the plaques a... 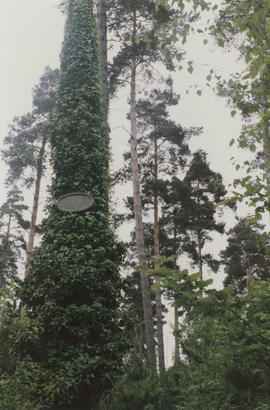 Photograph of section of sculpture Grove of Silence 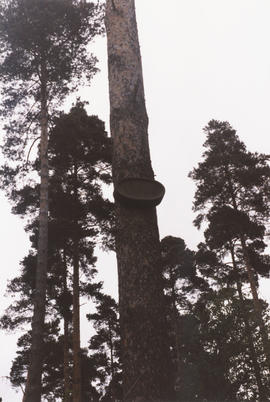 Photograph of section of sculpture Grove of Silence

Princess Diana and the Duchess of York

Princess of Wales and Duchess of York share a smile in front of the international press on the first day of their holiday in Klosters on WednesdayAgency: Associated Press

Princess Margaret in a fur coat

Heathrow. Sunshine holiday for Princess. A fur clad Princess Margaret at Heathrow Airport today, before flying out to New York on Concorde. Once there she is expected to change flights for the journey to the Caribbean island of Mustique, her regul...

Windsor, Berkshire. Royal Kiss. The Prince of Wales bestows a kiss upon the hand of his mother, the Queen, when she presented the losing captain with a runners up prize following his team's defeat by France in the Silver Jubilee Cup match at ...